A group of detained environmental activists in Shiraz have been subjected to severe interrogation sessions while five of them are being held in solitary confinement in the Ministry of Intelligence section of Shiraz Prison without access to legal counsel. 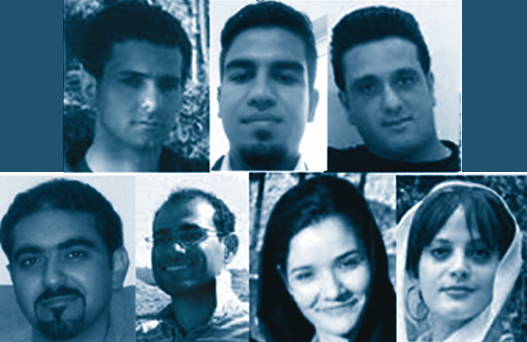 Justice for Iran reports that a knowledgeable source who did not want to be identified has informed them that these activists are being interrogated blindfolded while facing the wall. The report adds that they are being subjected to insults and threats while being pressured to “sign oaths for their release”.

The report indicates that on July 15, Yektah Fahandezh Saadi, Nooshin Zenhari, Behnam Azizpour, Saeed Hasani, Ramin Shirvani, and Esmail Roosta who had all gathered at the home of a friend discussing environmental matters were arrested and transferred to the Shiraz Ministry of Intelligence detention centre. On the following day, Nabil Tahzib and Naim Ghaedsharafi were reportedly arrested in connection with the same file. The group were engaged in environmental clean up initiatives in and around the City of Shiraz.

Naim Ghaedsharafi was released on the following day. Nooshin Zenhari and Ramin Shirvani were also later released upon podting 200 million touman bails. The rest of the detainees remain in an undetermined judicial state under solitary confinement and no clear information about the charges against them and their situation has been released.
Justice for Iran claims that their arrest may be connected to their Baha’i faith.

Yekta Fehendezh Saadi, a Baha’i citizen who was arrested for her environmental activities, was arrested twice before for his activism. She was arrested and interrogated in 2011 and 2013 and released on a 200 million toumans bail. Three weeks prior to her most recent arrest, she was handed a sentence of five years in jail for “activities against national security and propaganda against the regime”.

The arrests of the environmental activists was followed by raids of their homes which included insulting their kin and confiscation of their computers, tablets and mobile phones.

The detainees were not allowed any contact with the outside for the first ten days and despite efforts by their families to secure visiting permissions and provide them with a defence attorney, the detainees are not currently granted representation. Meanwhile the Shiraz Ministry of Intelligence branch has warned the families against contacting the media and publicizing the situation of their children.