Medical errors, the tip of the iceberg of problems plaguing Iran’s health system

“Stupid and incompetent doctors destroyed and killed such a dear treasure. They should be prosecuted…I am infuriated; murders are among us,” Daryoosh Mehrjui, veteran Iranian filmmaker spoke into the microphone at the funeral of late Abbas Kiarostami in Lavasan. 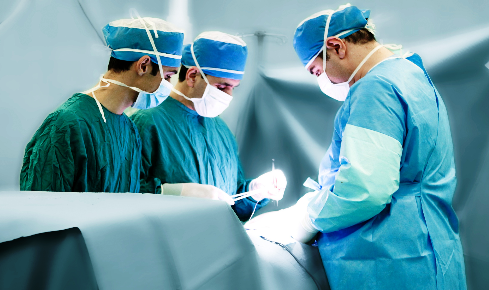 Mehrjui’s statements have triggered much controversy in social media. The medical community has fired back defensively; others have interpreted it as the raw feelings of a close friend in mourning and some have described it as unfounded and irrational sentimentality.

Death of prominent filmmaker, Abbas Kiarostami after a period of maladies and a series of unsuccessful surgeries has put the Iranian medical community and their professionalism under close scrutiny.

Reza Haghighatnejad, Iranian journalist based in Turkey rushes to defense of the medical community saying: “With complete disregard for healthful choices in life, our people expect miracles from doctors. They insist on undergoing medical tests and being prescribed drugs. They interfere in treatments; do not comply with rules and regulations in hospitals, and if the patients’ pain increases or they die, the doctor is regarded as the culprit.”

Ali Nasr, Iranian podiatrist based in Canada, with years of experience in Iranian hospitals says the surge of antagonistic public feelings surfacing against physicians following the death of Abbas Kiarostami is partly triggered by the lack of mutual trust in doctor-patient relationship in the country, and partly by the fact that the health and medical culture has not kept abreast of the times.

Nasr goes on to add that in Iran the doctor takes charge of the patient’s life, body and health and goes on to take independent decisions regarding the diagnosis and the course of treatment, an approach, that according to Nasr, has been discarded in developing countries in the past five decades.

“The first principle in a successful health system and a rational doctor patient relationship is trust,” Ali Nasr explains.

Nasr sees part of the problem in the patriarchal culture: “in a health system which has formed itself in close relations to the patriarchal society, the physicians regard themselves as guardians of the patient and in charge of their lives.”

The patients do not have much legal support from the laws that do not implement medical malpractice laws; Nasr explains: “physicians do not expect to be held accountable by the patient because they regard their charge as ignorant and unable to understand scientific explanations…”

In the modern health system, the patient is autonomous and has the final word “They make decisions about every step of their treatment and the medical team is responsible for informing the patient about every aspect of the health problem and possible outcomes of the treatment,” Ali Nasr explains.

Lack of Attention to Health Policies

Nasr believes that rather than lashing out in social media against doctors, the public will do better addressing its concerns to health policymakers and administrators adding that only a reform of health policies and administration would allow for a fair oversight and accountability in the face of possible medical errors.

In the case of the late filmmaker Abbas Kiarostami, his family as well as the artist community are making charges of medical malpractice causing his death. Ali Nasr highlights the problem of lack of proper communication with the patient’s family adding that the patient has the right to be informed by the medical team of all the possible outcomes and side effects, however slight, of each treatment.

Kiarostami’s death triggered a number of protests against Jam Hospital administration and staff.

Meanwhile the late filmmaker’s family are corresponding with health authorities demanding answers. The whole country including the medical community is mourning the loss of a highly valued and popular figure, but it remains to be seen if the high profile nature of the incident will actually translate into meaningful change in the country’s health system.