The World Health Organization has ranked Zabol in the Iranian province of Sistan-Baluchistan as having the dirtiest air because of its sand storms. 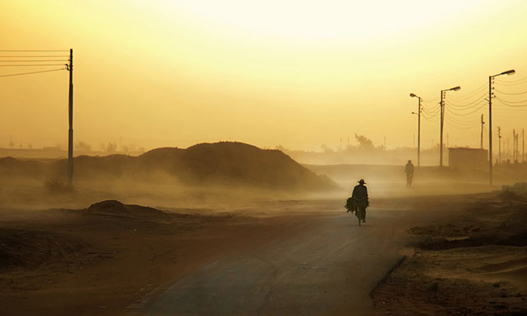 Reuters reports that according to the WHO, the air in Zabol is the most polluted in the world, and Zabol residents spend many summer months each year in sandstorms.

Following Zabol are the Indian cities of Gwalior and Allahabad, followed by Riyadh and Al Jubail in Saudi Arabia and then two more Indian cities, Patna and Raipur.

Tiny particulate matter in the air can cause lung cancer, strokes and heart disease over the long term, and the WHO has stated that seven million premature deaths occur every year due to air pollution.

Ali Akbar Nasiri, the head of the Zabol University of Medical Sciences, had previously said that 500 people in Zabol contract tuberculosis each year due to dust particles in the air.

The Zabol governor has also confirmed that the rate of tuberculosis cases has been on the rise since the drying out of Hamoon Lake.