MP insists May Day parade does not require permit

Tehran MP Alireza Mahjoub, who is also the head of Workers House, announced it will hold the May Day march and says, according to law, it does not need to obtain a permit. 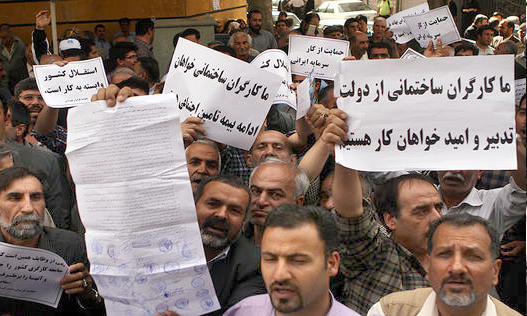 ILNA reports that Mahjoub said on Saturday that Workers House will work together with the ministry of labour to carry out the ceremonies for each day of Workers’ Week.

According to Article 27 of the constitution: “Assemblies and marches without weapons are free as long as they do not violate Islamic principles.” However, since 1980, independent labour groups and unions have not been allowed by the Islamic Republic to hold a march on May Day.

Mahjoub stressed that the Workers House has always held to the belief that there is no need to obtain a permit for the May Day march, adding that it will, however, coordinate its plans with the ministry of labour.

Government fails to work in concert to cut number of prisoners