Masood Bagherzadeh Karimi, the deputy of the Wetlands Protection Agency in Iran’s Department of the Environment, says the efforts to counter the disappearance of Anzali Lagoon have not been effective. 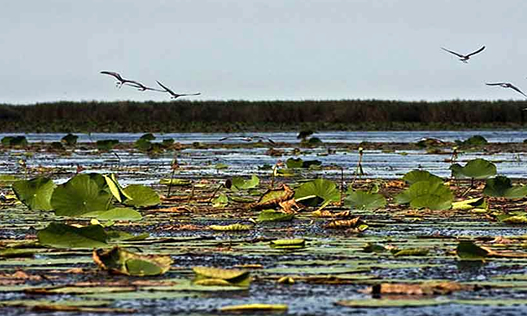 Bagherzadeh Karimi told ISNA on January 11 that the impact of measures to educate local communities has been minimal and stressed that if the rapid disappearance of the lagoon is not stopped, Anzali Port will be in serious danger.

He explained that the reserve volume of the lagoon has decreased from six metres to one, which could result in flooding of the port in the rainy seasons.

Earlier, Gilan provincial authorities reported that due to the 250,000 cubic meters of sediments and 1,000 tons of household, industrial and hospital waste entering the lagoon each year, the lagoon has gone from a nine-metre depth in 1975 to just one metre.

Currently, sediments from 10 rivers and sewage from five cities in the province of Gilan are directly drained into the Anzali Lagoon.