Protest by locals at construction site leaves one dead

Iranian media report that protests over jobs at a construction site in Behbahan became violent and left one protester dead. 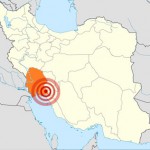 Protesters were complaining about not being hired to help build the refinery near a township in Behbahan. A confrontation with security forces on Tuesday December 15 reportedly left one protester dead and another two injured.

The governor has accused the protesters of carrying guns, but there have been no details regarding the circumstances leading to the death and injuries.

IRNA reports that the Behbahan governor alleges the protesters blocked the road leading to the refinery and then “attacked” the security officials.

He has also been quoted as saying: “They began shooting at the police, and the incident led to the death of one local resident and two injuries.” He added: “Those organizing the protest have been arrested.”

The Behbahan prosecutor also told IRNA that the protesters had been staging protests in front of the refinery for three days, preventing the plant doors from being opened.

Reports indicate the refinery is in the early stages of construction and is expected to be open two years from now.
Nearby Shahrooyi township has 2,800 residents, and some are complaining that they haven’t been given any priority in being hired.

The Behbahan governor says, however, that 65 of the 340 people hired are local residents. He adds that 16 percent of the employees are now from Shahrooyi, while its population only accounts for one percent of Behbahan.

Rohani says sanctions to be lifted next month