Expert economist Farshad Momeni says Iran’s ranking in terms of transparency is cause for concern, as it indicates the Iranian system is plagued with more corruption than 77 percent of the world’s countries. 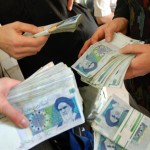 Momeni told ILNA on Monday December 14 that since 1977, when the government decided to combat corruption systematically and establish a number of organizations to carry out this task, corruption has continued to grow.

“The government and the private sector have to reach a common understanding of fighting against corruption; otherwise all efforts in this regard will remain a waste;” Momeni said.

Last year, Iran was ranked at 137 according to Transparency International’s Corruption Perception Index.

Transparency International is an independent organization based in Germany that publishes the index each year.

The index ranks countries based on categories such as corruption, embezzlement, the buying and selling of government posts, the judicial system’s proneness to bribery, corruption among politicians and the ineffectiveness of official actions in the war against drugs.

Iran attained its best ranking in the index in 2003 when it was ranked at 78.

The 2014 index ranks Denmark, New Zealand, Finland, Sweden and Norway respectively from 1 to 5 as the least corrupt countries.

In June, the media announced that the government was establishing a new organization called the “Interactive Committee” dedicated to “combating corruption and in particular preventing it”.

The Minister of Justice, however, challenged the announcement, saying the establishment of such an organization will result in “the duplication of government efforts and could lead to more corruption”.