Iranian Auditor General Nasser Seraj has announced that an individual who received oil from the Ministry of Oil and was supposed to pay the government has now fled to Canada. 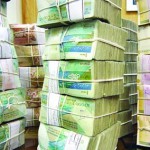 IRNA reported on Wednesday November 25 that Seraj refrained from identifying the individual but said: “The media has put the amount of this fraud at around 100 billion toumans but it’s closer to 160 billion toumans.”

This is the second case of fraud involving the Oil Ministry that has been made public since the Rohani administration took over from Mahmoud Ahmadinejad. Babak Zanjani, an Iranian tycoon, was arrested two years ago for failing to pay debts to the Oil Ministry, and his trial is ongoing.

Zanjani is accused of failing to pay a debt of 2.3 billion euros to the oil ministry and spending it on personal affairs.

The two cases are representative of the former government’s efforts to circumvent the international sanctions on the country’s petroleum sector.