The Kurdish group PKK announced that it will observe a temporary ceasefire in view of the upcoming parliamentary elections in Turkey set for November 1. 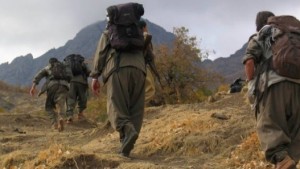 The announcement comes hours after two explosions at a train station in Ankara on Saturday September 10 killed 30 people and wounded 126.

Left-wing and Kurdish activists were gathered at the location in response to a rally by the People’s Democratic Party to protest against government violence in the southeast region of the country.

The PKK writes that it is stopping all attacks to allow for a peaceful election process.

The ruling Justice and Development Party failed to obtain a majority in the Turkish parliament last June and since then it has been unable to form a working coalition with other parties in parliament.

The statement notes that while the PKK will not initiate any attacks, it will react if attacked.

The group says it is taking this step in order to ensure that the elections are held under “equitable and fair” conditions.

In July of 2015, negotiations between the Turkish government and the PKK broke down, ending a two-year ceasefire, which has led to continued violence and conflict in the country’s southeast. The Turkish military has bombed PKK bases in Northern Iraq on several occasions, and the PKK has also carried out several operations against Turkish military and police.