The spokesman for Iran’s judiciary reported on Monday that 20 prisoners convicted of security charges “have been released or had their sentences reduced”. 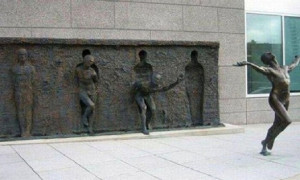 At his press conference on Monday August 3, Gholamhossein Mohseni Ejei said: “20 people convicted of security charges were subject to amnesty for Fetre Eid, and of these, 16 were released, and the punishments for the other four have been reduced.”

According to ISNA, the people were not named by the spokesman for the judiciary.

Following the 2009 presidential election, which led to widespread protests and allegations of vote fraud, scores of political, social and human rights activists as well as journalists were arrested. The state refers to the election protests as “sedition”.

The chief challengers of the vote count, the two reformist presidential candidates, were put under house arrest in February of 2011.

Mehdi Karroubi, MirHosein Mousavi, as well as Mousavi’s wife, Zahra Rahnavard, collectively referred to as the leaders of the Green movement, have been completely cut off from the public for over four years for their roles as leaders of the election protests of 2009, and despite promises from Hassan Rohani to secure their release, it has become increasingly apparent that their release is far beyond the authority of the country’s president.

The establishment has tried, however, to give the semblance of greater flexibility in political matters by occasionally releasing a number of political prisoners.