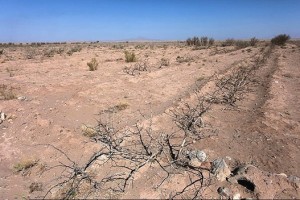 Zahra Jaavaherian, the head of sustainable development and the economy for the Department of the Environment, told ISNA that half of the country’s fields have now dried out.

The report goes on to add that last year, after underground waters in various parts of the country were over-exploited, a ban was placed on drawing water from 300 planes across the country.

The UN has co-operated with Iran to tackle the problem of desertification, and recently the UN coordinator in Iran, Gary Lewis, reported that their achievements in Southern Khorasan can be used as a national model for sustainable development.

He adds that there is hope that by 2016, more than 1.2 million hectares of Iran’s desert areas will be covered by this plan.

Many titles banned in first days of Tehran Book Fair