Zamaneh Media has published the bimonthly Labor Rights Newsletter of February and March 2020 covering issues of unemployment, non-payment of wages, discrimination at the workplace and the conditions of the Kulbars and child laborers as the spread of COVID-19 continues to hunt Iran. 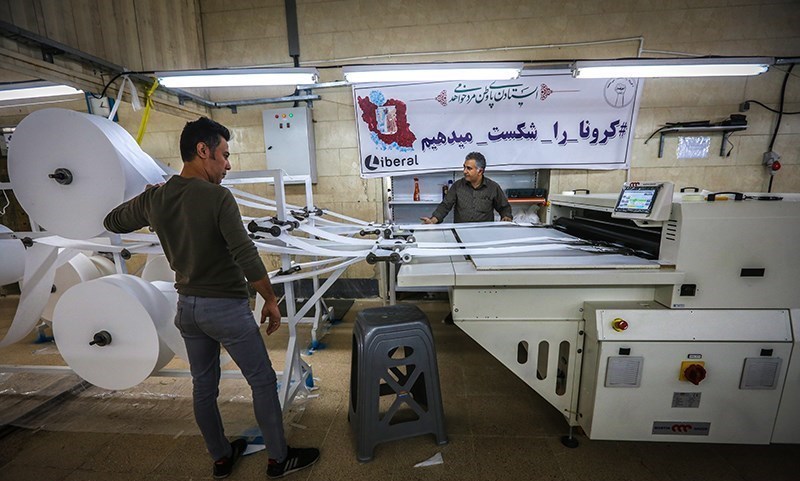 Many workers in Iran who are on the front line, including medical staff, nurses, hospital workers and workers who continue to support them logistically and with products, face workplace safety issues because of lack of safety equipment.

Thousands of jobs have been lost in Iran in various sectors including construction, service industry, tourism, hospitality, retail and government contract jobs. 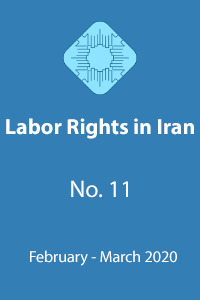 Mehdi Khojasteh, a member of the Board of Directors of the National Association of Construction Workers’ Trade Unions has described the post-COVID-19 times as the worst possible time with thousands of construction workers losing jobs due to the outbreak of the new coronavirus. Construction workers in Iran are often paid cash, without a contract or unemployment insurance. On March 8, the head of the Mashhad Hotel Owners’ Union announced that hundreds of workers from the Khorasan Razavi Hotel had been sent home on forced leave. The situation has been the same for the hospitality sector workers in other cities as well.

The layoff announcements show the state of the devastation for Iranian workers in large and smaller companies. Alibaba Travel Agency, a startup company, said in a statement that it had fired 182 employees. Elie Gasht, a travel and tourism services company, also announced the dismissal of 80 workers.

In Iran, unemployment usually means that individuals have to join the informal economy. Many Iranian workers, as soon as losing employment, begin selling goods on the streets as peddlers or vendors. However, with the spread of COVID-19 in Iran, municipalities have banned peddling. In the provinces of Gilan, Mazandaran, Isfahan, Khorasan Razavi, Markazi, Zanjan, Kermanshah, Lorestan, Hormozgan, Yazd, and Fars the work of peddlers have been banned and excessive force is used to remove street vendors.

In Kurdistan province, a high unemployment rate correlates with individuals becoming human mules or Kulbars to move goods in between the borders of Iran and Iraq. Post COVID-19, the closing of all border crossings has made it impossible for Kulbars to make a living. Abdullah Ballvasi, a trade union activist in Marivan, says: “Kulbars, who used to make a living by crossing mountainous areas, such as the Teh-Teh border crossing, are now unemployed when the border is closed on both sides. They have no income.”

The situation has not been better for those who continue to have jobs, including front line workers in the medical and service sectors. Nurses are hit hard. Every day there is a new number of fatalities among hospital workers and nurses who have contracted the new coronavirus. The most common reason for the hospital staff in Iran contracting the coronavirus is the lack of safety equipment. The situation has been such that in Gilan province, nurses have asked the private benefactors to provide them with funds or necessary equipment.

Nurses working in hospitals in Gilan, Qom, and Isfahan were confronted with a lack of health facilities and preventive equipment, which government agencies were unable to provide. Some continue to work without N95 masks, gloves, face shields, and body covers.

Government offices, front line service, factories making essential goods have not been closed and workers have to be present in the workplace to avoid the risk of being fired despite not having safety gear.

The government has used the COVID-19 situation to its benefits as far as the negotiations for setting the national minimum wage are concerned. The Ministry of Co-operation, Labor and Social Welfare did not initiate the process of convening a meeting with the Supreme Council of Labor to set the minimum wage postponing meeting and citing emergency conditions. So those Iranian workers who are on the front line continue to work with last fiscal year’s minimum wage.

The situation has affected many nurses who are underpaid and are hired by private contractor companies hired by the ministry of health. On March 10, Mohammad Sharifi-Moghaddam, Secretary-General of the Nurses’ House, said contract nurses do not want to renew their contracts. According to him, most nurses in Iran have temporary contracts and are hired by human resources contracting agencies.

On March 12, the Nurses’ House issued a letter to Iranian President Hassan Rouhani criticizing unequal pay for the temporary, contract, and full-time nurses. The letter revealed that a recent 5% wage increase did not include contract nurses whose income is lower than the full-time nurses. 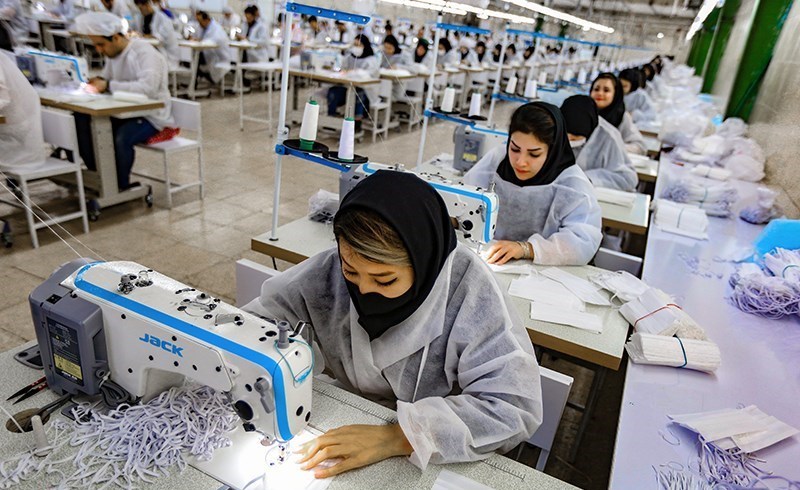 A particularly vulnerable group amid the spread of COVID-19 are street children and child laborers. Fatemeh Ghasemzadeh, Chairwoman of the Board of Directors of the Working Children’s Aid Network, said on March 2 that most children who are garbage diggers work for contractors who have provided them with no protective gear or sanitizer.

With bad living conditions and poor nutrition, working children’s immune systems are weaker than those of normal children and, therefore, more susceptible to the coronavirus. Working children are always present at intersections, subway and bus stations, and in crowded and busy neighborhoods. Garbage diggers face the most danger, but they continue to work to be able to support themselves and their families.

A Grassroots Movement against the Death Penalty in Iran; in the Making

The Forgotten History of Iranian Nationalism