Another Dual Citizen was Arrested in Iran

Fariba Adelkhah, a French-Iranian academic has been arrested in Iran by the security forces. It is not yet clear what she is being charged with. 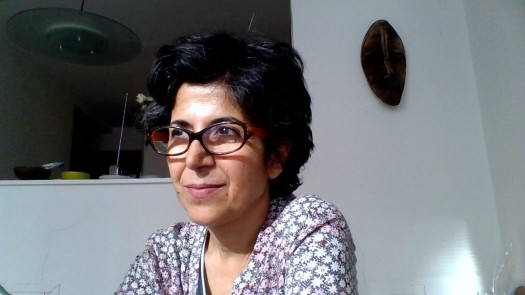 Adelkhah is a Paris-based Iranian researcher. Ali Rabiei, the spokesperson of the Iranian government has confirmed her arrest. In a news conference in Tehran on Sunday, Ali Rabei told reporters that he has heard the news but he is not aware of her arrest’s details.

According to some reports Fariba Adelkhah was arrested in July by the intelligence branch of the Islamic Revolutionary Guard Corps (IRGC).

Fariba Adelkhah is a dual citizen of Iran and France. She is a senior research fellow at Sciences Po in Paris. She has written a number of books on Islam and Iran, and her current research deals with the Iranian Diaspora.

“The French authorities in this difficult context have taken steps with Iranian authorities to get information from them on her situation and the conditions of her arrest and asked for consular access as is foreseen in these circumstances, a necessary precursor for her quick release,” French Foreign Ministry Spokesperson Agnes von der Muhll said in a statement.

“No satisfactory response has been given to these requests. France calls on the Iranian authorities to bring to light Ms. Adelkhah’s situation and reiterates its requests, in particular, the authorization of consular access without delay,” she added.

Science Po is an international research institution in the fields of humanities and social sciences. Adelkhah is reportedly facing spying charges. Several dual citizens and foreign nationals have been imprisoned in Iran.

Based on a report by Reuters at least 30 dual nationals had been arrested in Iran since the signing of the nuclear deal in July 2015.

Since the Islamic revolution of 1979 dual citizens and foreign nationals have been used as bargaining chips in political and diplomatic deals with Western powers.

It is not the first time that a French citizen has been arrested in Iran.

The latest example was Nelly Erin-Cambervelle. She is a 60-year-old businesswoman from Martinique and she was arrested on Kish Island in October 2018. She was released later.

Clotilde Reiss was a French student who was arrested on espionage charges. She holds a master’s degree from Sciences-Po Lille. Clotilde was arrested in July 2009 while she was writing her master’s thesis in Iran. Clotilde Reiss was freed in May 2010 after several months of diplomatic efforts. Two days after her release Ali Vakili Rad was released from jail in France. Ali Vakili Rad was convicted in the case of the assassination of Shapour Bakhtiar, former prime minister of Iran.

France and Iran both denied that the two cases were related.