Gholamhossein Esmaili, the Iranian Judiciary Spokesperson announced that the trial of the group of environmentalists who were charged with national security crimes will resume in upcoming weeks. 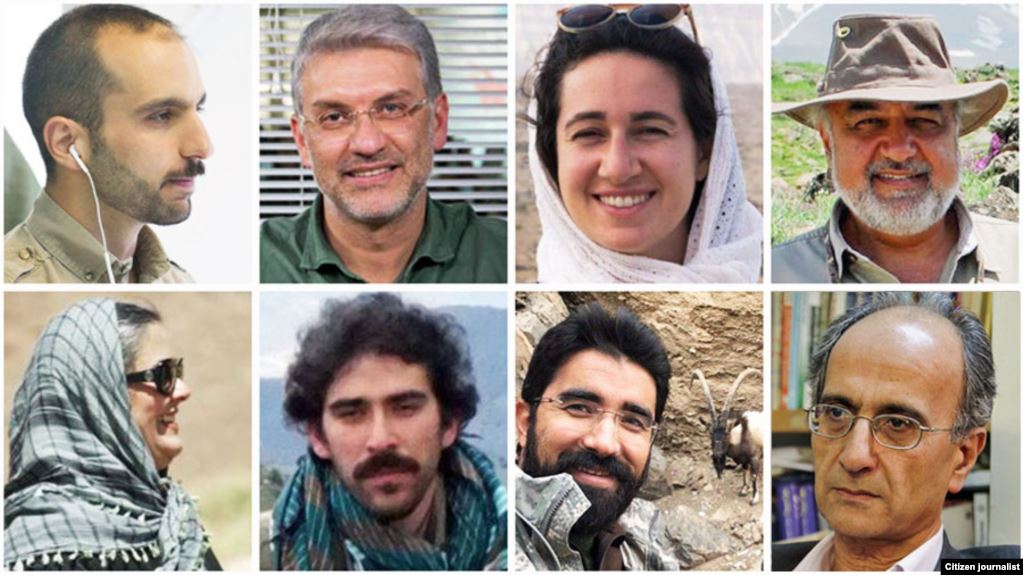 “The espionage case is related to those who were spying from military sites undercover of environmental activists,” he told reporters.

Iranian Judiciary has accused eight Iranian environmentalists of spying and they have appeared in a Tehran court several times for a closed-door trial. They have been detained since January 2017. They have also been denied lawyers of their own choosing and are facing the proceedings with judiciary appointed and approved lawyers; this is a new practice in Iran that the state does not allow “security prisoners” to have independent lawyers and they can only have lawyers from a state approved lawyer list.

In  an open letter to Chief Justice of Iran, Ebrahim Raisi, the families of detained environmentalists called for their release.

In the letter, the families noted that eighteen months after their detention, the Iranian Judiciary, and the Revolutionary Guard intelligence have not presented any evidence against them.

The families have also voiced their concerns about the illegal ill-treatment of the prisoners while in custody including during interrogation proceedings. The families so far have reported torture of their loved ones, forced false confessions, denial of attorney and denial of bail.

Iranian security and judiciary officials have handled the legal proceedings of the detained environmentalist in utmost secrecy. They have been charged with espionage and security charges, denied independent counsel and their trial have been behind closed doors. Also, they are still being held illegally and without bail with a temporary detention order.

“Is it not a flagrant violation of Article 242 of the Criminal Procedures Regulations that states, ‘… the period of temporary detention in murder cases should not exceed two years and in all other cases one year’ without exception, even in security cases,” the families write in their letter to the head of Iran’s Judiciary.

They continue the letter by asking; “why are our loved ones still in temporary detention after a year and five months since their arrests, especially in the cases of Amir Hossein Khaleghi, Sam Rajabi, Abdolreza Kouhpayeh, and Sepideh Kashani?”

The Judiciary in Iran insists on the continued temporary detention of the detained environmentalist. Morad Tahbaz, Houman Jowkar, Taher Ghadirian, and Niloufar Bayani are among the environmentalist prisoners who are also being held on temporary order and in solitary confinement.

18 months has past since their arrest and 10 months have passed since the end of preliminary judicial investigations but the Iranian judiciary is still handling these cases in secrecy using extralegal proceedings and tools like extending of the temporary arrest orders.

The arrest and secrecy over the trials of the eight environmentalists in Iran have prompted an international outcry. Leonardo Decaprio, actor and environmentalists in a tweet on Feb 6th asked his followers to add their name to a petition to voice concern for the eight Iranian conservationists being detained by the government.

Add your name to this petition to voice your concern for the eight Iranian conservationists being detained by the government. https://t.co/ZIzRWwRHP6

Nine environmentalists were detained in Iran in January 2018. One of them, Iranian Canadian Kavous Seyed-Emami, was announced dead while being held in prison on February 9, 2018. No one has been held accountable for Seyed-Emami’s death.