Foreign tourists are allowed to visit Iran without their passport being stamped.

Ali Rabiei, the spokesperson of Iranian government told reporters that President Hassan Rouhani has ordered all the international Iranian airports to stop stamping the passports of foreign tourists. 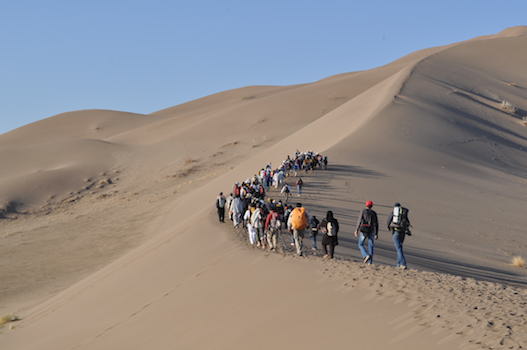 “The US continues the economic terrorism plans, so those who travel to Iran may be scared of further sanctions or punishments.” Ali Rabiei said

Tehran believes that this initiative can attract more tourists to Iran.

After Iran and the P5+1 (US, UK, France, China, Russia, and Germany) signed the Joint Comprehensive Plan of Action (JCPOA), commonly known as the Nuclear deal, in 2015, the international sanctions on Iran were lifted in exchange for the country limiting its sensitive nuclear activities. As a result, there was also a boom in the tourism industry. New hotels and restaurants were built and Tehran saw new opportunities in tourism.

However, it did not last long. On May 8, 2018, the United States withdrew from the Joint Comprehensive Plan of Action (JCPOA) and unilaterally reimposed economic sanctions on Iran.

Iran’s tourism industry is now at risk. A four-season country, Iran could potentially be a popular destination for foreign tourists. This country is home to 23 UNESCO World Heritage Sites.