Over 20 Iranian Prisoners of Conscience on Hunger Strike

Over 20 prisoners of conscience in various Iranian prisons are on hunger strike and their families and human rights group are concerned about the lack of acknowledgment from the authorities. 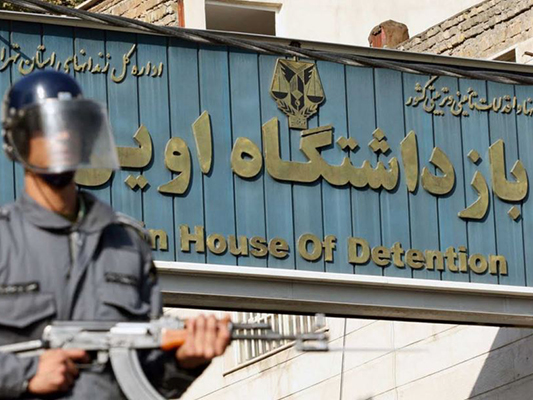 The International Campaign for Human Rights in Iran reports that 18 Gonabadi prisoners are currently on hunger strike in Greater Tehran Prison. In addition, Nasrin Sotoudeh and Farhad Meysami, in Evin Prison, and Mahintaj Ahmadpour in Tonkabon Prison are also on hunger strike protesting against the violation of their rights and reports indicate that their health is increasingly on the decline.

Jailed human rights lawyer, Nasrin Sotoudeh who has been on hunger strike for close to four weeks has reportedly suffered numerous dizzy spells and at least on one occasion fallen from prison stairs as a result of weakness and dizziness. Hundreds of activists in concern for her health have appealed to her to end her hunger strike.

Reports indicate that Farhad Meysami has refused IV injections despite the drop in his pressure. The 48-year-old physician and social activist was arrested in late July for protest against compulsory hijab for women. He has been on hunger strike since August 1 and he has urged his supporters not to ask for an end to his hunger strike but rather to back his demand for fair judicial proceedings for the charges against him. Accordingly, his mother has told the authorities that she will not ask his son to end his hunger strike.

Meanwhile, Majzooban Noor website reports that the health conditions of the 18 jailed Gonabadi dervishes is rapidly deteriorating and they are not even receiving daily examinations. Among them, Zafar Ali Moghimi is reportedly in critical condition. In an interview with Zamaneh on August 1, Marjan Mohadjer, Moghimi’s wife reported that her husband has been on a wet hunger strike since for 115 days. She explained that the strike has results n complete loss of muscles and he is no longer to move without assistance from other inmates adding that knowing her husband she is certain that he will not end his strike until his objectives are met. Moghimi began his strike in protest to the house arrest of their leader Norali Tabandeh, the mistreatment of all Gonabadi Dervishes in jail and the heavy sentences handed to them.

Mahintaj Ahmadpour is another political prisoner on hunger strike. She is currently in Tonkabon Prison and is being denied any medical attention. Ahmadpour, a street vendor, was arrested in the mass demonstrations that ensued last December in protest to dire economic conditions across the country. She began a hunger strike ten days ago in protest to lack of adequate medical services, lack of access to a phone and threat of new charges being brought against her.