Head of Hormozgan Province Department of Justice announced that 32 managers and users of the instant messaging service, Telegram in the province have been arrested on charges of publishing profanity. 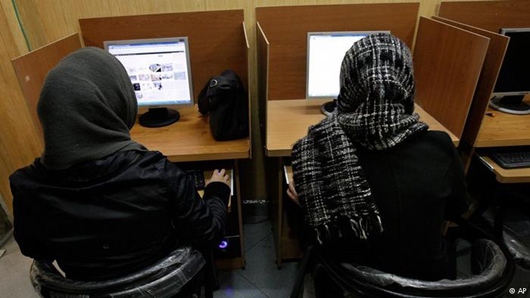 Telegram is one of the only social media services that is not blocked by the Iranian government; however, conservative factions have repeatedly called for tightening of state control over its usage by the public.

The 32 detainees are being accused of “inciting sexual misconduct and creation of immoral content as well as false profiles” while some of them were attracting as many as three thousand viewers.

The Department of Justice maintains that the detainees posted “obscene” videos and photos in their chat rooms and pages which have become the basis of the arrest warrants for them.

The report adds that another 78 social media users have also been summoned and are under investigation.

Public complaints and warnings to the authorities have reportedly been instrumental in initiating these arrests.

“Publishing false information, disturbing public order, causing public panic, promoting culturally inappropriate content and disturbing public minds” are accusations that are brought against the 78 users. The authorities report that their pages have been blocked.

Hormozgan provincial authorities maintain that the wave of arrests were triggered by the “increase in public demand for police action against cyber-crimes and cleansing of cyber space from immoral content”.

Telegram is the most popular communication and messaging application in Iran as it is not subjected to censorship like other social media websites and apps.

The moderate administration of Hassan Rohani, the Iranian president, has tried to prevent the conservatives push for blocking of Telegram.

To appease their opponents, Rohani government, Iran Cyber Police and the judicial apparatus working with them have indicated that they are working on ways of exercising some form of control over Telegram without its complete blocking.

Iran’s cyber police have said recently that close to 70 percent of internet crimes across the country occur through Telegram, another 20 percent through Instagram and another two percent on Whatsapp.

While the nature of these crimes has not been clarified, many people involved in commercial ventures and high traffic channels on Telegram have faced threats of arrest and prosecution by the state.

Iranian government imposes tight control over the internet and its censorship efforts are concentrated on blocking social media sites such as Facebook, Twitter and Instagram to control public communication through these channels.

However, in recent years, state control tactics have become more focused on identifying and prosecuting users. Ironically, many top figures of the Islamic Republic including the Supreme Leader, Ayatollah Khamenei use the blocked social media websites with their own active pages.

Building on fire collapsed in Tehran; many firefighters are feared dead