Former Tehran Prosecutor, Saeed Mortazavi, accused of orchestrating the abuse and death of political detainees during the election protests of 2009 in Iran, has issued a public letter addressed to the judge apologizing to the survivors and families of the victims. 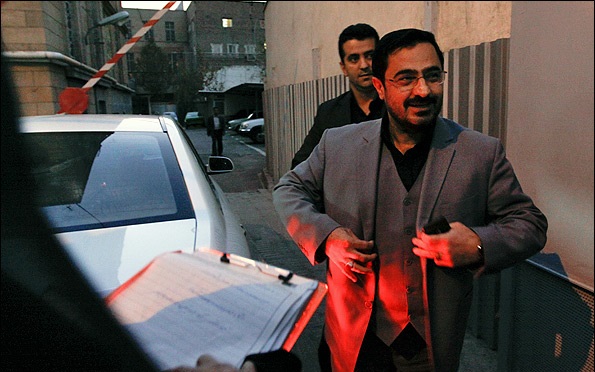 Mortazavi who stands trial has expressed hopes that such events would never be repeated; the matter is currently at the appeals stage.

Mortazavi refers to the detainees that were killed under torture in Kahrizak Prison under his tenure as Tehran prosecutor during the 2009 events as “martyrs”.

Mortazavi’s apology is addressed to Iran’s Supreme Leader as well as the families of the victims and survivors and the Iranian people and goes on to claim that none of the tragic events were intentional on his behalf.

In his letter, Mortazavi commends the families of the victims and survivors for their patience and poise in pursuing the matter through the channels provided to them within the system and “not allowing outside intervention” in the matter.

He writes that the Kahrizak events of 2009 were “subsequent to the great sedition and the conspiracy that followed the presidential elections”. He then specifically refers to the names the top complainants’ kin in the matter, Javadifar, Ruholamini and Kamrani, as martyrs.

He adds that he hopes that the bitter memories of the event and its spiritual damages would prevent the “recurrence of such bitter events in Iran”.

In 2009 the victory of Mahmoud Ahmadinejad in the presidential elections was challenged by two moderate candidates MirHosein Mousavi and Mehdi Karroubi and the allegations of vote fraud triggered mass street protests.

Iran’s Supreme Leader went on to refer to the election challenge and the protests as sedition. The government reacted with widespread arrests and imprisonment of protesters and top opposition figures.

Some of the detained protesters in June of 2009 were transferred to the notorious Kahrizak Prison where at least three died under severe torture.

When the story broke out, Iran’s Supreme Leader who had refused to heed the public demand for a recount, had Kahrizak shut down. The reason cited was substandard conditions and Mortazavi who was Tehran Prosecutor at the time was removed from his position.

The families of the three deceased victims later went on to file complaints against Mortazavi, his assistant and the judge for ordering the transfer of their kin to Kahrizak. The prolonged proceedings have only produced a minor fine for Mortazavi.

In addition Mortazavi and his assistant have been banned for life from holding posts in the judiciary and for five years from public service. Mortazavi was acquitted from the murder charge. The Ruholamini family has appealed the court’s decision.