Iran Leader: I am sensitive towards 2009 “events”

Ali Khamenei, the leader of the Islamic Republic of Iran (IRI) has said that he is sensitive towards the year 2009 events. He used the term events to avoid using the term protests. 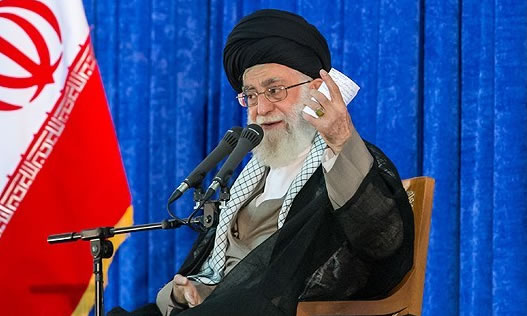 The leader of IRI is referring to the 2009 post-election protests collectively known as the Green Movement of Iran in which supporters of presidential candidates Mir Hossein Mousavi and Mehdi Karroubi came to the street against the government of Mahmmoud Ahmadinejad arguing that the elections was rigged.

Khamenei was meeting a group of university students on 2 July 2016 when he commented on the 2009 protests and added that it is important for him that everyone is transparent about their stance towards the “events” that occurred during this year.

Referring to the protests of 2009 as “fitneh” (hostilities/riots) the leader of IRI said: “my stance towards the riots of 2009 is very clear. I am sensitive towards this and my judgment is grounded on not providing support to those who were leading the riots, or [politically] exploiting the situation and have not to this date repented for doing so.”

Khamenei supporters call Mousavi, Karroubi along with Zahra Rahnavard (Mousavi’s Wife) collectively as the fitneh leaders. Those who have not yet denounced these three individuals are called Saketin-e Finteh – which translate to the ones who keep quiet about the hostilities/animosities.

Khamenei’s comments about the 2009 elections were in response to a student who stood up and raised his voice about Khamenei’s stance towards the leaders of the Green Movement, who have been in house arrest for the past 8 years.

Mohammad Ali Kamfirouzi, a PhD candidate of criminal law at Tehran University raised his concerns about the treatment of Mousavi, Rahnavard and Karroubi who have never been legally charged with a crime but have been put at house arrest without even being prosecuted at a court of law.

In response to Kamfirouzi the leader of IRI called the case of Mousavi, Rahnavard and Karroubi his personal sensitivity.

Khamenei went on to say that opposition is not opposition to the leadership but hostility towards a web that connects the values of the regime together.