Candidates have begun their campaigns for the second round of voting, which will fill 69 seats that are still empty in the Iranian Parliament. 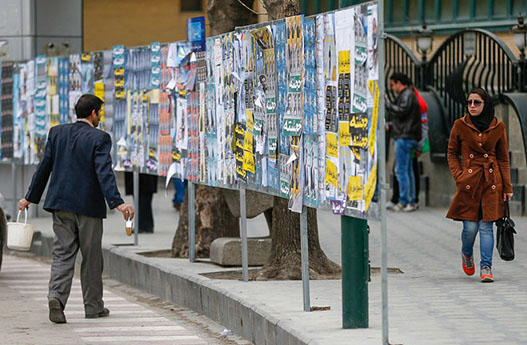 Reports indicate that 138 candidates began their campaigns on April 21 and will have until next Thursday to vie for the seats. The elections will take place on Friday April 29.

Reformists and conservatives have issued their respective lists of endorsements in hopes of expanding their influence in the next Parliament.

In the first round of voting, 221 candidates won seats. Controversy arose over the disqualification of Minoo Khaleghi, the Isfahan candidate who had won the third-highest number of votes in her riding, which should have guaranteed her a seat in Parliament. For the first time, the ultra conservative Guardian Council disqualified a candidate after the election. The reason for the disqualification has reportedly been cited as her “shaking hands with a male stranger”. Khaleghi has reportedly appealed the decision.

The Guardian Council’s role in elections has been often challenged by reformists and independent activists, who maintain the council is an obstacle to a diverse spectrum of political views from across the country being represented in Parliament.

Twenty-one provinces are involved in the second round of elections.

Large proportion of Iranian garbage not treated or recycled