Iran’s Minister of Power announced that the government will implement a project to produce drinking water from the Persian Gulf and the Sea of Oman for transfer to 17 provinces in Iran’s central plateau. 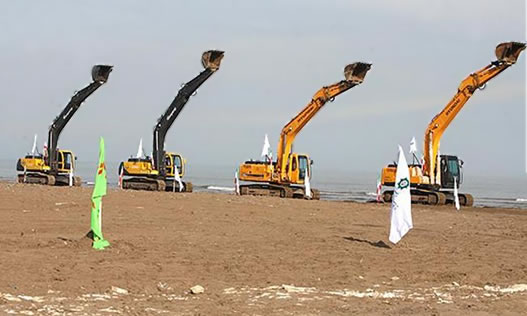 In a report on Nasim online on Thursday March 31, Hamid Chitchian said the project aims to provide drinking water for 45 million people in 17 provinces.

He explained that in the first stage, water will be “purified in Bandar Abbas and transferred to Kerman”.

He added that permits for transferring water from Kerman to Yazd, Isfahan and Fars have been issued and the project is to be funded through “a number of banks and government sources”.

He pointed to “50 desalination plants along the coast of the Sea of Oman and the Persian Gulf” to provide drinking water for cities in the region that have been facing water shortages in recent years. He added, however, that the water also needs to be transferred to other regions since the water shortage is a widespread concern in Iran.

A general decline in precipitation and years of water-resource mismanagement have led to a water crisis in Iran that is a top priority for the government.