Reformist party points to corruption as obstacle to “resistance economy”

The head of the Nedaye Iran party says smuggling and corruption are the chief obstacles to implementing the tools toward a resistance economy as recommended by Iran’s leader Ayatollah Khamenei. 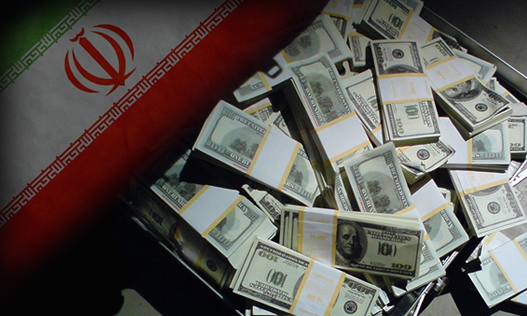 Majd Farahani, the secretary of the reformist party, told ILNA on Tuesday March 29 that a number of official bodies in the system are “preventing” the efforts toward establishing an economy of resistance “weaned from oil revenues and reliant on taxes”.

He stated that when 40 percent of the economy is in the hands of certain bodies and groups that do not pay any tax, an economy of resistance is a pipe dream.

He added that these bodies are also propagating corruption, which prevents the private sector from entering any bid for development projects in a healthy and fair competitive atmosphere.

While Farahani does not identify the groups, it is the Revolutionary Guards Corps (IRGC) that handles the majority of development projects across the country. It is also accused of controlling ports of entry into the country which are off the grid.

Meanwhile, organizations such as the Mostazafan Foundation (Foundation of the Oppressed and Disabled), the Executive Office of Imam and Astan Quds Razavi, the administrative body that manages the Shrine of Imam Reza, are powerful and wealthy organizations that are exempt from paying taxes.

Farahani said transparency in the financial activities of these organizations and forcing them to pay taxes could help in “strengthening the national economy and realizing a resistance economy”.

In his Norooz message this month, Iran’s Supreme Leader repeated his recommendation regarding his so-called “economy of resistance” and described it as the best defence against the country’s enemies.