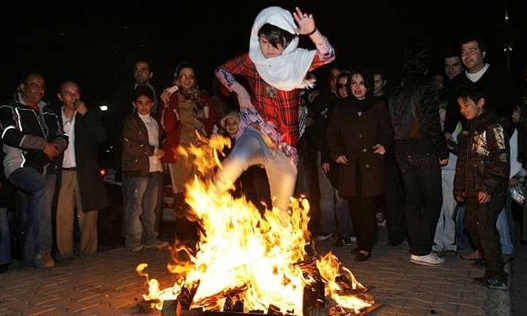 Every year, Islamic Republic officials highlight the dangers of Chaharshanbeh Souri and try to prevent the festivities.

Ayatollah Makarem Shirazi referred to the Chaharshanbeh Souri festivities as “superstition” engaged in by “ignorant people” and he stressed that it should be avoided.

“Those who throw noisy firecrackers in the street should know that they have to answer for it on doomsday,” the senior cleric was quoted as saying.

Chaharshanbeh Souri is a tradition from Iranian history that dates back to long before the arrival of Islam. It is celebrated on the last Tuesday evening of the year, which begins on the first day of spring. People in Iran celebrate the evening by making bonfires in neighbourhood alleyways and leaping over them, singing chants that ask the fire to burn away all ailments and give them health.