Twelve student groups across Iran have issued a statement reporting that 160 students in the past two months have been summoned by the disciplinary committees at Tehran and Elm-o-Sanaat universities. 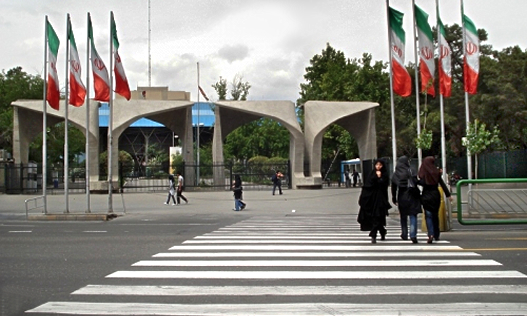 In a statement issued on Thursday March 10, the student organizations report that on Tuesday March 8, nine students from the social sciences faculty of Tehran University were summoned by the disciplinary committee.

On Wednesday, another six students were summoned from the same faculty. Investigation of the matter revealed, according to the announcement, that 60 students from Tehran University have been summoned and another five are still to be called.

The students’ inquiries about the charges against them have yielded no response from the committee chief.

Meanwhile, it is also reported that 100 students at Elm-o-Sanaat University have been called in, accused of violating Islamic dress codes on campus.

Following complaints, the student associations have been told that the summonses were carried out to create “cultural awareness”, and no discipline will be recorded against any of the students.

The student groups stress that the moves appear to be aimed at silencing students and are fomenting tension on university campuses.

The signatories call for an “immediate end to these actions and complete transparency in committee responses”.

Two killed, many stranded by floods in Sistan-Balichistan