The Committee to Protect Journalists (CPJ) has announced its serious concern for the health of Issa Saharkhiz, an Iranian journalist currently held in Evin Prison. 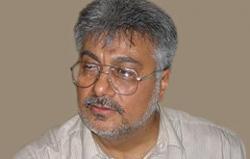 The CPJ, an independent journalist advocate organization founded in 1981, quotes the jailed journalist’s son reporting that Issa Saharkhiz has lost significant weight as he continues a hunger strike to protest his situation in jail.

Mehdi Saharkhiz reports that his father’s trial is to be held in the coming days.

Saharkhiz was arrested in November along with a number of other journalists by Revolutionary Guards intelligence officials following statements from Iran’s Supreme Leader that he is concerned about foreign infiltration of the country’s cultural channels.

Saharkhiz was also arrested following the 2009 election protests and served long prison terms. He has gone on several hunger strikes to protest his treatment in jail.

He is currently facing charges of propaganda activities against the regime and acting against national security.