Mohammad Ajami, director of Foreign Immigrants Affairs in Khorasan Razavi, has announced that the province is home to 20,000 undocumented children born of unregistered marriages between Iranian women and foreign nationals. 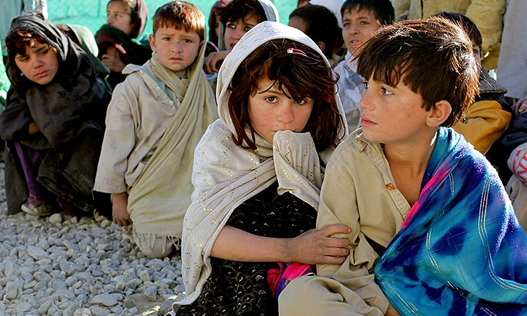 He added that according to unofficial reports, all across the country there are half a million children living without ID cards, having been born of illegal marriages between Iranian women and foreign men.

Ghanoon reports that about 320,000 foreign nationals live in Khorasan and only 250,000 of them are documented.

Khorasan is home to the majority of Afghan immigrants living in Iran, and since 2006, Iranian women cannot legally marry Afghan men unless they manage to acquire an assortment of permits from various offices, including Iran’s Foreign Immigrants Affairs office.
Documents are also needed from the foreign country indicating there are no objections against such a marriage.

To forego that procedure, the couples often get married through the temporary marriage offered by religious laws, which means their children cannot be documented and any disputes regarding the marriage cannot be dealt with by the courts.

Last September, Iranian Parliament voted down a bill to grant citizenship to children who have Iranian mothers and foreign-national fathers.