Iran’s Minister of Communications says the implementation of “smart filtering” of social networking sites such as Telegram is imminent. 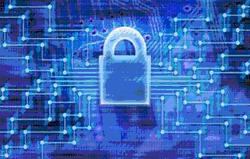 The Iranian government refers to the selective censoring of internet content as “smart filtering”.

Mahmoud Vaezi told ISNA that the project is now up for bidding among companies to finally realize the objective of “intelligently monitoring the content of social networking sites”.

He added that 11 universities are involved in the process, which promises to be very successful.

He added that smart filtering of certain sites is already being tested.

The Islamic Republic hardliners want a complete blocking of social media websites, but the Rohani administration has been trying to find a compromise by implementing the “smart filtering” project.

Statistical reports indicate that 53 percent of Iranians are members of at least one social media website.