Iran to experiment with “home detention” of prisoners

The head of Iran’s prison system says new plans will soon be implemented to test “home detention” and “electronic imprisonment” in a pilot project. 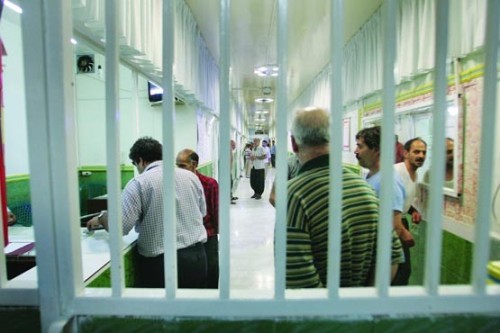 Asghar Jahangir told the Mehr News Agency on January 29 that the purpose of the new initiatives is to “reduce the country’s prison population”.

The new “home detention” and ” electronic imprisonment” initiatives will allow the system to confine prisoners to their homes or to a certain geographic area where they can be held under surveillance through electronic devices.

Official reports put the number of prisoners in Iran at 230,000, which is reportedly twice the capacity of prison facilities across the country.

Jahangir added that several proposals to reduce the prison population are under review.

Iran is among the top eight countries in terms of the highest number of prisoners.

Only one contender in some races for Assembly of Experts

Media ban on Khatami thrown into doubt by broadcast