A Kerman MP has told the Iranian Parliament that 90 percent of the mines in his province are half-closed, and while mining dues are not being paid, 700 jobs are on the verge of disappearing. 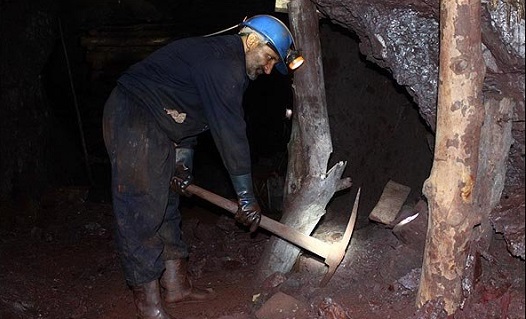 Mehr News reports that Mohammadreza PourEbrahimi told Parliament that “the neglect of the mining industry has reached destructive levels and has pushed the industry onto its last legs.”

The report adds that 7,000 people in Kerman are employed in the mining sector.

Zarand MP Hossein Amiri reports, however, that the Isfahan Steel Company owes 17 billion toumans to mines in Kerman that have not been paid, worsening the crisis.

Six mines in northern Kerman have already been shut down, and persistent unfavourable conditions will lead to further closures.

Unemployment in Kerman has risen one percentage point this year to 6.2 percent, according to officials statistics.

The Industry, Mining and Trade Ministry has reported a crisis among the construction, household appliances, automotive and steel industries due to falling demand and rising inventories.

The government has tried to implement a number of economic strategies to stimulate the market, such as incentives for car buyers, but critics say these remedies have a brief and insignificant effect.

Filmmakers to answer for promos on satellite programs