Iranian MP Ali Motahari, while condemning the Saudi execution of Sheik Al-Nimr, told Parliament that the chief blame for the attack on the Saudi embassy lies with the police forces. 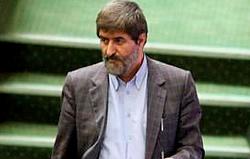 Speaking in Parliament on Monday January 11, Motahari said the attack on the Saudi embassy had been a “trap” in which the Islamic Republic was caught.

He said: “After the execution of Sheikh Al-Nimr, it was clear that the religious and human emotions of Muslims were affected, and a group, either organized or spontaneous, moved toward the embassy.”

He added: “The police did not carry out their responsibility because the group was linked to certain organizations.”

He stressed that there is not doubt the security forces must be held accountable for the attack on the Saudi embassy.

The head of Iran’s security forces, Hossein Ashtari, has referred to the attack on the Saudi embassy as “suspicious” and said his officers are investigating the matter.

Ashtari along with the Tehran Prosecutor have announced the arrest of 40 people linked to the attack on the Saudi embassy, but so far no details have been released.

The Saudi Embassy in Tehran was set on fire by protesters last week after Saudi Shia cleric and government critic Sheikh Al-Nimr was executed by the Saudi government.

Core removed from Arak reactor as part of accord