Five women vying to run in the Assembly of Experts election sat down to take the jurisprudence exam recently announced to be required for certain candidates. 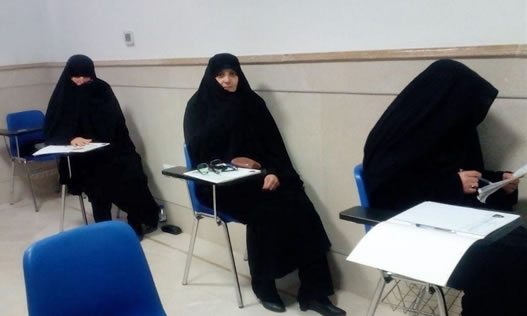 ILNA reported on Tuesday January 5 that the exams are being held in Qom, the hub of Iran’s seminaries.

Eight hundred and one individuals have nominated themselves to run in the assembly election, 10 of whom are women. Five of those women were called on to sit for the jurisprudence exam.

The Guardian Council has never before approved the eligibility of a woman to run in an assembly election. Islamic Republic hardliner Ahmad Jannati, the head of the Guardian Council, has expressed reservations about women running for Assembly of Experts seats and was quoted as saying that the “politically vanquished” are trying to “take over” Parliament and the Assembly of Experts, apparently referring to reformists.

Iranians will go to the polls in March to simultaneously choose both members of Parliament and of the Assembly of Experts.

The Assembly of Experts is charged with oversight of the Supreme Leadership in the Islamic Republic system and has been consistently dominated by ultra conservative factions in the past.