With the persistence of severe air pollution in Tehran, the Department of the Environment called for an emergency meeting with the governor’s office in the capital on Tuesday December 29. 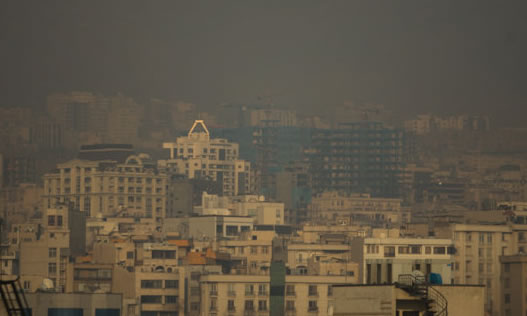 The committee decided to close all preschool and elementary schools tomorrow. Traffic rules that restrict which cars can be driven each day according to odd-numbered or even-numbered licence plates will be enforced on all streets rather than being limited to areas in the downtown core.

For nearly two weeks now, air quality in Tehran has been in the red zone. All schools were closed for several days last week in view of the dangers posed to students’ health by the pollution.

After a slight improvement in air quality in the past two days, pollutants have increased once again, and a red alert has been issued for vulnerable groups (seniors, children and people suffering from respiratory or cardiac problems).

Fossil fuels, substandard gasoline, an increasing number of vehicles on the streets, substandard motorcycles and industrial activities are all contributing to the increased air pollution in Tehran.