Iran’s foreign ministry announced that President Hassan Rohani’s official trip to Italy and France has been postponed in view of the attacks carried out by the extremist group ISIS in France. 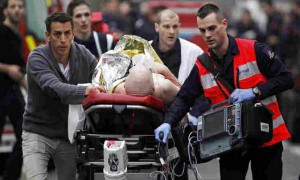 ISIS took responsibility for the several attacks carried out in Paris on Friday night November 13 which has so far left 127 dead and 250 wounded.

Hassan Rohani in a message to his French counterpart has condemned the attacks and extended his sympathies to the people of France.

France has announced three days of mourning and prohibited any form of gathering until November 17 as the French President has announced a state of emergency. Hollande has also announced that he will not be attending the G20 meeting on Sunday taking place in Antalya, Turkey.

Meanwhile Mohammad Javad Zarif announced that he is traveling to Vienna today Saturday to attend “the meeting about Syria and the fight against ISIS and the dangers of extremism”.

Prior to the attack Zarif was to travel to Italy, Vatican and France together with the Iranian president. The Vienna meeting was to be attended by his Deputy Hossein AmirAbdollahian. Now Zarif will attend the meeting in Vienna in person.

Iran’s foreign minister was quoted as saying: “It is time to turn this catastrophe into a chance for optimum international coordination to fight against terrorism.” 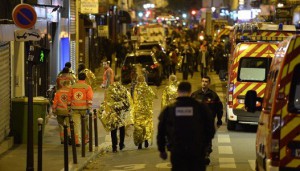 Meanwhile Iran’s embassy in France announced that no Iranian nationals were among the victims of the Paris attacks.

Economy of Resistance and resistance of the centres of corruption

Russian leader to visit Iran, likely will meet with Rohani