Revolutionary Guards in Qazvin have arrested a group of people for their involvement in a mobile social media network and charged them with “acting against moral security”. 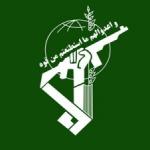 The IRGC-linked website Gerdab reported on Saturday November 7 that the managers of over 170 groups in mobile networks were identified and some were “handed over to the judiciary”.

The individuals are accused of posting “pornographic and vulgar” images and texts and facilitating “extramarital sexual activities”.
The report adds that the individuals also posted material “insulting Iranian minorities and government officials”.

No details regarding the identities of the detained individuals have been publicized.

Mobile networking apps such as Viber and WhatsApp are very popular in Iran, and most recently Telegram has found widespread use in the country.

Last summer, a wave of jokes about Ayatollah Khomeini, the late leader of the Islamic Republic, hit the mobile social media apps, and the Revolutionary Guards arrested 11 people in Fars Province in connection with the jokes.

Despite efforts by the Rohani administration to impose less control over the use of social media in Iran, hardliners in the establishment consistently call for the blocking of these apps and try to identify and arrest users on various charges.