Iran’s Press Court has found the Roozan daily guilty of “propaganda against the regime and quoting content attributed to deviant groups” and found it ineligible for any leniency. 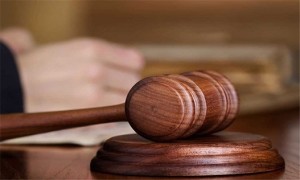 The Mehr News Agency reports that Ali Akbar Kasaian, a spokesman for the Press Court’s Jury Panel, announced on Sunday October 18 that the verdict against Roozan was passed unanimously.

The newspaper was reportedly found guilty of all four charges against it, which erased any chance of reduced sentencing.

The daily was also charged with “publishing falsehoods” and “publishing content against Islamic principles”.

Roozan, which is considered a reformist daily, began publishing 19 years ago in Khuzestan Province, becoming a national daily in 2010.

The newspaper was closed down in December of 2014 by order of the Tehran Prosecutor. Reports indicate the shutdown was related to the daily’s publication of a special issue in memory of the late dissident clergy member Ayatollah Hossein Ali Montazeri.

Rohani stands up for internet freedom