Iranian President Hassan Rohani is planning to introduce a new economic plan after four of his ministers wrote him an open letter warning of an approaching recession. Meanwhile, the head of Iran’s Chamber of Commerce says it is naïve to believe that foreign investors will flock to the country when the nuclear agreement is implemented. 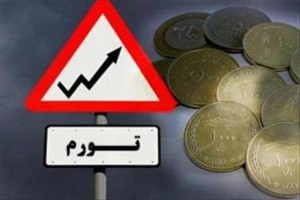 Rohani will present a new economic plan on national broadcaster Seda va Sima on Tuesday October 13, laying out what the country’s economic institutions will have to do to halt intensification of the economic recession and maintain the inflation control that the administration has already achieved, the Mehr News Agency reports.

Mehr adds the plan is likely to address reduced oil revenues, financing for the manufacturing sector in collaboration with the banking system, and the provision of liquidity.

Last week, President Rohani expressed optimism about the arrival of foreign investment in the country once the nuclear agreement is implemented, but he also stated that a return to economic recession remains a present danger.

Massoud Khansari, the head of the Tehran Chamber of Commerce, was quoted by Tasnim saying the administration needs to standardize the exchange rate for the dollar as opposed to the current two-tier system. In addition, he called on the government to withhold household benefit payments from high-income families and direct that money to subsidies for the manufacturing sector.

Many economic experts have called for a greater focus on resolving domestic problems in the country’s economic system rather than placing all bets on the elimination of international sanctions.

The former head of the Chamber of Commerce has been quoted as saying: “The economic recession was not caused by the sanctions, it was merely accelerated by them.”