The Iranian Foreign Ministry has summoned the Saudi charge d’affaires for the fourth time over last week’s fatal incident in Mena and condemned the country for its “procrastination and indifference in identifying the missing pilgrims and transferring the remains of the dead back to Iran.” 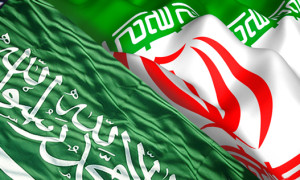 ISNA reports that Ali Chagini, the Director General of consular affairs for the Foreign Ministry, has called for an apology from the Saudi government.

Chagini reports that he reminded the Saudi charge d’affaires that the remains of all Iranian pilgrims who were killed in the Mena incident must be transported to Iran and none of the families has consented to having them buried in Saudi soil.

Chagini adds that he has also delivered a letter from Iran’s minister of the interior addressed to his Saudi counterpart.

Last Thursday, hundreds of Muslim pilgrims were killed during the Haj rituals in Mena outside of Mecca. More than 200 of the dead were reportedly Iranian and the same number of Iranians still remain missing.

Iranian authorities have harshly criticized the Saudi government for what hey call mismanagement of the holy ritual of Haj. The Saudi government had avoided delivering any apology and has cited the pilgrims’ failure to keep order as the cause of the incident.