The Saudi Crown Prince has announced that any “political propaganda” during the performance of Haj rituals in his country is prohibited, adding that violation of the “pilgrimage’s sanctity” for political purposes will not be tolerated. 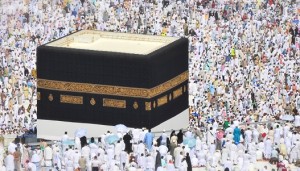 The Economic Times reports that Prince Mohammad bin Naif gave a statement in Mecca at the Friday Mass prayers, saying: “These activities did not care about the religion, its sanctity and people’s lives. Security systems in various sectors are fully prepared to deal with whoever tries to pose a threat to the lives of Haj pilgrims.”

Saudi authorities are concerned that the events may be used as a platform to highlight the conflicts in Syria and Yemen.

He stressed that the Saudi authorities are on high alert for any terrorist activities.

More than two million Muslims are reportedly expected to take part in the annual Haj ceremony of pilgrimage.

Meanwhile, the Saudi military is engaged in air raids in Yemen, while ISIS has carried out a number of terrorist attacks inside Saudi Arabia against Saudi Shias.

Last week, a crane fell at the Al-Haram Mosque, causing the deaths of 107 visitors, including 11 Iranians. The Saudi Prince stressed that the accident will not affect the pilgrimage process.

Jailed activist writes to judicial chief about plight as a mother