Seven thousand teachers are threatening to walk off the job because of the ministry’s failure to address their demands for better wages and work conditions. 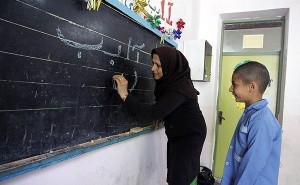 ISNA reports that the head of the Khuzestan Province Ministry of Education said on Sunday September 6 that the education system in Khuzestan is already short about seven thousand teachers, and now another seven thousand are threatening to leave their jobs.

Mohammad Taghizadeh said the lack of attention to teachers’ demands has created an “unprecedented situation” that makes people lose all interest in entering the teaching profession.