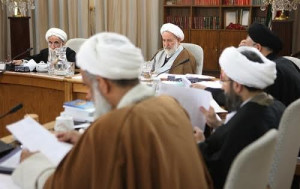 The Guardian Council determines the eligibility of candidates to run in the elections based on constitutional provisions; however, it has often been accused by reformist and moderate factions of the Islamic Republic establishment of bias toward conservative candidates.

The Etemad daily reported on Thursday August 13 that Mohsen Rahami, the secretary general of the Islamic Association of University Teachers, who led a number of members of the reformist organization in the meeting, urged the Guardian Council to facilitate the approval of “honest, healthy and expert” individuals to run in the elections.

Rahami reported: “We also stressed that the leader of the Revolution belongs to all parties and groups in the country; therefore, the Assembly of Experts also needs to have representatives from all groups so that all social and political groups feel they are included in it.”

He added that Ayatollah Yazdi and Ayatollah Momen assured the group at the meeting that all Guardian Council decisions will be in the “framework of the law” and “All honest and transparent individuals who accept the regime and subscribe to the vision of the leader will be found eligible.”

Ayatollah Momen reportedly said that political views are not among the considerations in the eligibility process.

The tenth round of elections of the Assembly Experts, which is the body that monitors the actions of the country’s Supreme Leader, will take place in March of 2016.