Switzerland says it is removing sanctions against Iran in the follow-up to the nuclear accord that was reached last month between Iran and the 5+1. 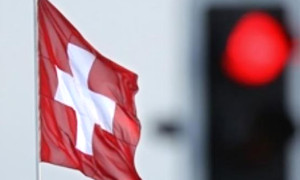 The Swiss government said in statement released on Wednesday August 12: “This agreement opens up new political and economic prospects with Iran, including bilateral relations.”

The Swiss decision brings an end to the ban on precious metals transactions and the requirement to report trade in Iranian petrochemical products. The need to report the transport of Iranian crude oil and insurance policies linked to those transactions will also be eliminated. In addition, the threshold for reporting money transfers by Iranian entities is increased as a part of this decision.

Bloomberg reports, however, that a U.S. State Department spokesman says that it was not informed in advance of the Swiss decision and its own sanctions against Iran will remain in effect until the necessary steps to implement the accord have been taken, and any violation of the sanctions will be subject to penalties.

Switzerland has been the representative for U.S. consular and diplomatic affairs in Iran since the 1979 Revolution and the establishment of the Islamic Republic in Iran.

Casualty numbers vary after clash with PJAK in Kamyaran