As German trade delegation arrive in Tehran, Iran’s ambassador to Germany told reporters on Sunday July 19 that the two countries will cooperate on oil and gas projects as well as trade in technology and petrochemical products. 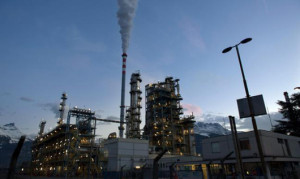 ILNA reports that according to Ambassador Ali Majedi, German companies do not have the capacity to join Iran’s largest oil projects like the Azadegan oil field; however, these firms can participate in medium-size projects.

He also spoke about the possibility of exporting gas to Germany, adding that it would take serious political determination from both countries to make that happen.

Before the implementation of widespread European sanctions on Iran, Germany was Iran’s second-largest trade partner.

A German delegation of 60 people arrived in Tehran on Sunday July 19, headed by Sigmar Gabriel, Germany’s Vice Chancellor and Minister of Economy and Energy, to develop trade and economic relations between the two countries.