The UN Security Council will vote on Monday July 20 on the nuclear agreement between Iran and the 5+1, which was drafted and approved by the parties last Tuesday. 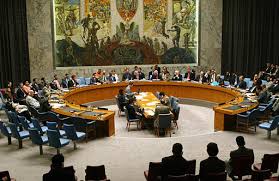 The draft of the agreement was provided to the Security Council members last Wednesday.
The Associated Press reports that Iran and the negotiating parties have consulted on the provisions of the agreement.

Since the five permanent members of the Security Council were among the negotiating parties, approval of the agreement is expected on Monday.

The UN will then be responsible for putting the agreement into action. Iran has committed to limiting its atomic activities in exchange for the lifting of international sanctions against it.

The Security Council vote is taking place against the wishes of a number of U.S. representatives who support a delay in the meeting to let them examine the agreement further.

However, Wendy Sherman, a top U.S. negotiator, told reporters: “It would have been a little difficult when all of the [countries negotiating with Iran] wanted to go to the United Nations to get an endorsement of this, since it is a product of the United Nations process, for us to say, ‘Well, excuse me, the world, you should wait for the United States Congress.’”

She confirmed, however, that there will be “time and space” for Congress to review the agreement before it takes effect.

China to have key role in one aspect of nuclear deal