Following the mass firing of the reporters in the labour section of the Iranian Labour News Agency, a group of teachers, activists and workers has issued a letter protesting their dismissal. 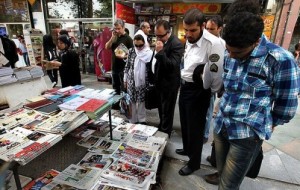 In a letter signed by more than 600 people, the signatories say: “The labour section of ILNA does not deserve to be treated in this matter. We condemn this action and demand that they be immediately returned to their jobs.”

Esmail Mohammadvali, the former head of the labour section, wrote on his Facebook page that a number of issues led to the termination of the journalists in his section.
He writes: “Resisting the censorship of news about the Farsit Dorood Factory workers’ protests in front of the ministry of labour was the climax of the differences between the labour section and the director general of ILNA, which led to our termination.”

Mohammadvali indicates that in a memo issued on June 18, the director general told journalists there must be no coverage of the protests by the Farsit Dorood Factory workers, saying the protests were not legitimate and that “the workers are asking for too much”.

After reporters protested this approach, their access to the report panel was cut off and all five members of the labour section were terminated on June 30.
ILNA’s chief has been critical of the coverage of the termination, saying a change of workforce is not unprecedented and should not be exaggerated by other news agencies.

The reporters of the Labour section of ILNA say they have had constant tension with ILNA management, the House of Workers and the Ministry of Labour over the past five years.

The reporters were also prevented from fully covering teacher protests.

ILNA has been the only official news agency that consistently covers labour news.