The Public Relations Manager of Seda va Sima radio programming says reports of gender segregation in the national broadcaster’s offices are not true. 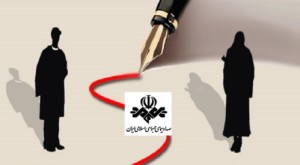 ILNA reports that Ali Akbar Khodabakhsh said on Tuesday June 23: “Do you think Seda va Sima is a school where you can separate the genders.”

He added that a number of news agencies published such stories without verifying their information, saying: “I wonder what objectives they were trying to achieve!”

He also said that gender segregation cannot be carried out in a number of organizations and institutions including the national broadcaster.

On Sunday, ILNA quoted the deputy head of Seda va Sima saying a new directive had been issued requiring employees of Seda va Sima to be segregated in the workplace according to gender. The report added that the heads of sports, economy and youth radio programming had already begun to implement the directive.

Khodabakhsh emphasized today that the news is false, and men and women are working side by side in the Seda va Sima offices.