After malware attributed to Israeli intelligence operations was found in the hotel where Iran and the 5+1 have been conducting negotiations over nuclear issues, Israel’s ministry of defence has denied any involvement with it, adding that if Mossad is involved, the spy agency has not informed the ministry. 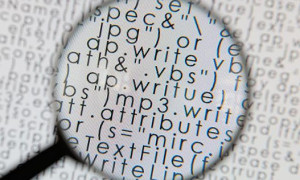 The Haaretz report goes on to add, however, that the minister admits he would not be informed of such intelligence-gathering operations.

According to a report by cybersecurity firm Kaspersky, it discovered a computer virus aimed at three hotels where Iran and the world powers have been conducting negotiations. A Wall Street Journal report linked the spyware to Israel.

Another WSJ report last month accused Israel of trying to eavesdrop on the talks between Iran and the U.S. through “confidential U.S. briefings, informants and diplomatic contacts in Europe”.

Meanwhile, Austria and Switzerland have announced that they are launching probes into the allegations that hotels in their country where the talks were held were targets of espionage.
The Swiss attorney general announced on Thursday: “On 12 May 2015, a house search took place in Geneva, and IT hardware as well as software was seized. The aim of the aforementioned house search was to seize respective information as well as the malware; it was of particular interest to investigate whether the malware infected the respective IT systems.”