Many titles banned in first days of Tehran Book Fair

The 28th Tehran International Book Fair opened just yesterday and already several titles have been banned from the fair for various reasons. 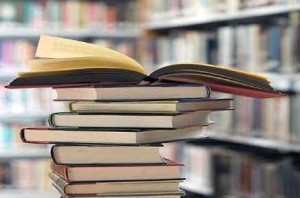 The Mehr News Agency reports that according to Homayoon Amirzadeh, the head of the Committee for the Investigation of Publishing Violations, a book of Fatemeh Ekhtesari’s selected poems has been banned from the fair. The book is titled “A Selection of Happy Poems and Snapshots” published by Nimaj.

The committee has stated that a number of poems in this selection have been sung by singers outside Iran, a reference to Iranian singer Shahin Najafi, who has sung one of Ekhtesari’s poems. The publisher says, however, that that particular poem is not part of this selection.

Mehr also reports that a book about Ayatollah Khomeini, the late leader of the Islamic Republic, has been prohibited from exhibition: “A Critical Introduction to Khomeini” by Arshin Adib-Moghaddam, a professor at the University of London. Ali Fereydoon, the chief supervisor of the fair’s international section, says the publisher has been informed that it is not allowed to present this book at the fair.

The Tasnim News Agency reported earlier that 10 titles in the fair’s foreign section have been banned.
They quote Fereydooni saying that some of these books promote “cults and false mysticism” and others have used a fabricated name for the Persian Gulf.

Next round of nuclear talks scheduled in Vienna