The Iranian government has finally approved legislation to protect the country’s soil from pollution, erosion and destruction. 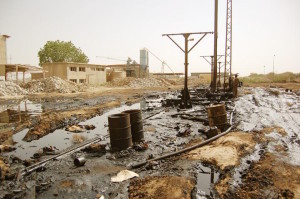 The legislation reportedly defines soil pollution, erosion and destruction and sets legal remedies and penalties for anyone causing them. The legislation also includes provisions to promote awareness and public education and to set out the roles and responsibilities of various government bodies.

In recent years, unsustainable urban, agricultural and industrial development has resulted in serious damage to the country’s soil. In the absence of legislation protecting the soil, the Department of the Environment took action to propose adequate measures.

A major concern has been the unregulated use of pesticides and chemical fertilizers, which the new legislation has addressed by setting limits.

The national broadcaster is now charged with allowing free spots for public education and the promotion of soil protection and programs.

According to the Soil Sciences Association, the rate of soil erosion in Iran is three times the average in Asia.