Analysts split on possibility of nuclear deal by deadline

Nuclear negotiations between Iran and the 5+1 ended on Monday March 30 after 90 minutes.

The talks were at the level of the foreign ministers of the seven states involved in the talks and Federica Mogherini, the EU foreign policy chief. 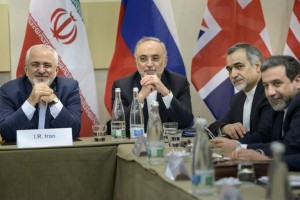 Analysts say the talks have reached a sensitive and crucial point and they have divergent views on whether an agreement can be reached by the end of the month.

There are reports that some differences still persist regarding the removal of sanctions as well as the number of centrifuges and the mechanism of the IAEA’s inspections.

Reja News, which in recent years has reflected the views of those in the Islamic Republic who oppose the nuclear negotiations, reports again that concerns about the talks have been clearly valid, as the West is insisting on keeping some sanctions for the next 10 years, transferring all of Iran’s uranium stocks out of the country, closing down enrichment activities at the Fordo nuclear facility and allowing only 6,100 centrifuges.

Reja also reports that the West is trying to force a two-stage deal on Iran, which is against the recommendations of Iran’s Supreme Leader.

Other websites, such as Nuclear Iran Strategic Studies, report that agreement on the main issues will be finalized by Tuesday March 31. They quote diplomatic sources saying a “political agreement on all key issues” will be reached by Tuesday and the details will be worked out in six appendices by July 1.