Afghans in uproar over murder of slandered woman

Hundreds of Afghan citizens gathered in demonstrations for the fourth consecutive day to protest the killing and burning of Farkhondeh, an Afghan woman. 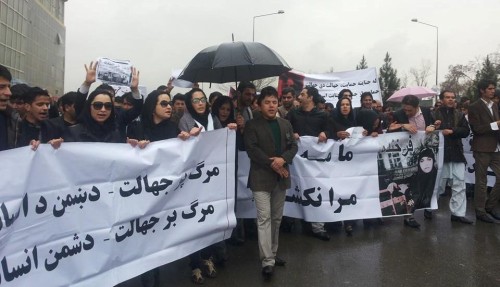 The reports indicate that the protesters, who included activists and ordinary citizens, numbered in the thousands, and they were not deterred by the heavy rains.

The protesters have been calling for the arrest and prosecution of those who killed Farkhondeh.
The Afghan government announced that it has arrested 19 individuals in connection with this file and 13 police officers are under investigation for negligence.

Reports indicate that Farkhondeh was falsely accused of burning the Quran, which led a group of angry men to kill her and then burn her remains.

Wounded from attacks in Yemen treated in Iran